From dancing the Irish jig, flash mobs to picnics at the Eiffel Tower on Bastille Day, Christine Bos has a great reputation for organizing creative and fun activities for the InterNations Paris Community.

Christine joined InterNations in 2012 on a friend’s recommendation, but it wasn’t until 2014 that she became the Consul of the InterNations Paris Singles Group.

“I really enjoy meeting people. Paris is such a culturally diverse city and I found InterNations to be a great place to meet other international people. I had lived in Paris for so many years and had a lot of interesting ideas for activities I wanted to do around the city, so I thought being a Consul would be a bit of fun.”

“When I first saw the singles group, there were around 200 members and no activities. To be honest I was a little shocked — for such an international city like Paris this wasn’t good enough. Somebody had to do something about it, so I joined as the Consul in April 2014.”

Christine recalls being very apprehensive about the turn out when she posted her first activity. The number of people who signed up surprised her, even more surprising was the amount of people who came. From this first activity, Christine has continued to create fun and interesting activities that she likes and enjoys sharing them with InterNations members.

With Christine as Consul, the Paris Singles Group has grown from 200 members in April 2014 to over 1100 members in just 12 months. “I’m really amazed at the growth we have had; people really seem to enjoy doing the things that I like to do,” Christine says.

Since becoming an InterNations Consul, Christine has hosted over 130 activities between her Paris Singles Group, Volunteer Group and Joie de Vivre (‘The Joy of Life’) Group. Given her naturally creative approach to the activities she hosts, it’s no accident that her activities are so popular.

“I would say one of my more memorable activities was a ‘Midnight in Paris’ movie trail walk. The film was shot here in Paris, so I researched the shooting locations and took my group on a tour of Paris in the footsteps of the main character from the film. We got to see parts of Paris that we never would have thought to visit. The participants had so much fun that I often get asked when our next one will be.”

What are Christine’s top pieces of advice for new Consuls?

Born in Singapore to Chinese and Malay parents, Christine moved to France in 1990 as the trailing spouse of an expat. Like many expatriates, what initially started as a 5-year stay has extended to 25 years — she now calls Paris home. 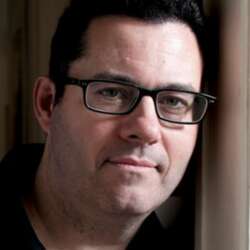 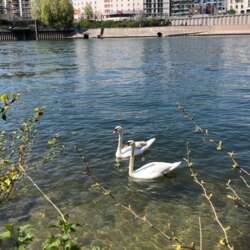 Paris Changemakers Group
Let's Get Together and Brainstorm!
Wed 05 May 19:30 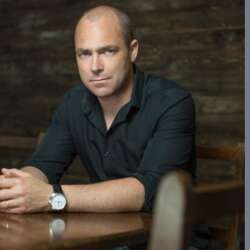 From São Paulo to Munich, from Florence to Lima — check out our Consuls from around the world as they talk about their experiences with InterNations.

Having lived in Dubai since 2001, Waleed knows the city as if it were his own. His local knowledge and passion for bringing people together to share his interests have led him to become one of the most active InterNations Consuls worldwide.

Wanting to truly make a difference in her community, Mink has been a Consul of the Bangkok Changemakers Group ever since it started in 2014.

Having experienced the Changemakers Group in Munich, Ayako is now making a difference in her home city of Tokyo.

As a Consul for four of the most active InterNations Groups in Sydney, Silvia Verdina continues to explore her new home — one activity at a time.

With activities ranging from a sixteen-stop food tour and cultural exchange nights to weekend trips to some of the Philippines best kept secrets, local Consul team Marievic ‘Aviec’ Mariano and Pamela Punsalang are showing InterNations members ‘It’s More Fun in the Philippines!’

Wanting to truly make a difference in their community, Sanjeeb, Shalah and Doaa have been Consuls of the Dallas Volunteer Group ever since it started in 2014.

A great fun Halloween party and English classes for underprivileged children, Mavis has brought a happy smile to the faces of many children in Hong Kong!

When Aurelien Mangano moved to Houston, he faced the same challenge many expatriates face when moving abroad — how to make friends and build your social circle in your new city. Three years later as Consul for one of Houston’s most active InterNations Groups (InterNations Young Expats), Aurelien now helps other expatriates get established in the USA’s fourth largest city.

Using food as a vehicle, the Montréal Volunteer Group and their NPO partner Santropol Roulant aims to break social and economic isolation between generations and cultures.